Maskat Provost Guard was originally formed as the Foot Patrol Pistol Team with the purpose of fostering out-door related activities, not specifically as a shooting club. But, members soon learned they could not compete with Provost Guard units while still affiliated with another competing unit, i.e., the Foot Patrol. In order to compete, these members separated, formed the Provost Guard unit and joined the Texas Shrine Provost Guard Association (TSPGA). Since receiving its’ charter in 1975, it has remained one of the most active units within the 10 shrine centers in TSPGA. The principle objective of the new unit was to promote the welfare of Shrinedom, support all Shrine activities and encourage a healthy fellowship among its members through out-door related activities. This continues to be our objective and individual members strive to be a guiding influence to all Shriners.

The unit actively supports Shrinedom by providing security at the Oil Bowl game and circus. And, supports other functions such as the Sporting Clays shoots, Chili Cook-offs, Falls Fests, Onion Sales, Hotter-N-Hell Hundred and raffle following raffle, as requested by the Potentate.

The promotion of Shrine activities and encouragement of a healthy fellowship among nobles is through competitive pistol shooting. Competition is .22 caliber automatic pistols, using a modified NRA course consisting of four man teams shooting in Class A, B, C, or D. Trophies are also awarded for the individual classes of: High Marshal, High Individual, High Divan, Over 60 and recently approved Two-handed for nobles over age 60. The unit participates in three (900 point) matches each year. These are the Fall Invitational usually held in October, Mid-Winter usually held in March and All-State held in June. Date and location of the Fall Invitational and Mid-Winter are determined by the TSPGA 1st Assistant Marshal and State Marshal respectively.

Maskat is the only Shrine center with it own range. Construction of the Maskat Range, located on Hatton Road, began in 1982 following purchase of the land by the center in 1980. Initial plans included a 24 point outdoor range and a unit room with an eight point indoor range. Direction for construction was provided by our first two Range Building Chairmen, H. C. Mclaren and Jerry Sloan. Sequence of construction was to be the outdoor range, indoor range and then the unit room. All construction costs were paid by the unit from fund raisers and using begged, borrowed, and scrounged materials. The last phase of construction, the unit room bar, was completed in 1998, almost 16 years after the initial start up. The first Mid-Winter hosted by Maskat was in 1980 under State Marshal H. C. McLaren. This was followed by a Fall Invitational in 1983. Both of these matches were conducted at the Sheppard Air Force Base range. There were over 100 nobles here for this second shoot, at the time the largest ever hosted by any center. In anticipation of Mid-Winter 1987, under State Marshal Jimmie Holland, all efforts were directed toward completion of the 24 point outdoor range. This Mid-Winter has become known as the coldest and most miserable shoot ever hosted by any center. All Fall Invitationals and Mid-Winters since have been conducted on the range. The numbers of competitors continues to grow now utilizing all 32 shooting stations on the range. This growth is contributed not only to the high quality facility and range operations but also the high quality social functions planned for visiting nobles and their ladies. Friday evenings of the shoot begin with a first class Hospitality Suite, followed on Saturdays with the competition and dinner, awards ceremony, and dance. During the actual shoot, the ladies and guests attend a luncheon which may include entertainment such as Backdoor Theater or a style show. Nobles and wives alike continue to look forward to attending shoots hosted by Maskat here at “The Falls.”

The Provost Guard year runs from October 1st through September 30th of the following year. Annual dues are payable no later than the February unit meeting. As of March 1st, the unit had 42 members. Point of Contact is the Unit Marshal. 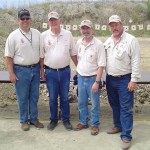 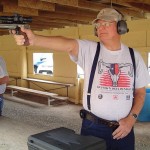 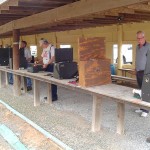 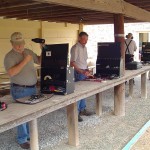 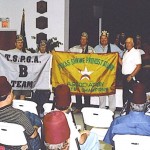 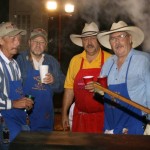 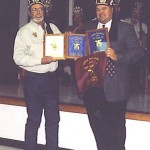 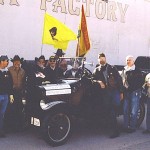