The idea of forming a Clown Unit was conceived at the Chicago Imperial Session of 1955. A Maskat Shriner noticed the attention the Clowns in the parade received, and several interested Nobles set to work. Very soon, the first Clown Unit in Shrinedom was chartered! It was formed on December 29, 1955, with the following eleven charter members:

This Unit’s purpose is to bring a smile. Each Clown designs his own costume and make-up and works out his own routines. The Clowns participate in local and area parades, the Shrine Circus, and the Oil Bowl football game. They also organize and host the Maskat Easter Egg Hunt and the annual Christmas Party for children in foster homes and participate in the activities of charitable organizations in the community.

The Unit elects its own President and other officers to transact their monthly business and plan their entertainment and other activities.

Membership is open to any Shriner who loves children. 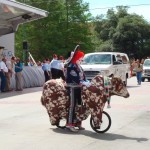 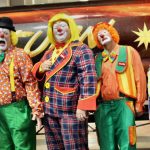 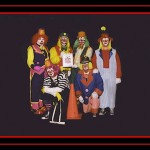 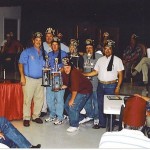 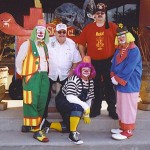